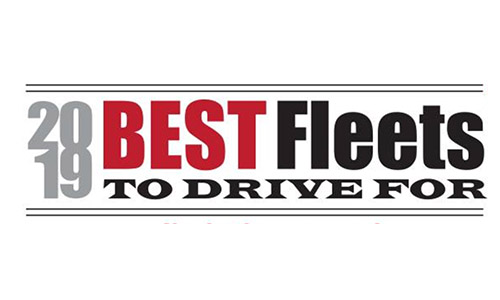 For the fourth year in a row, TLD Logistics is among the 2019 Best Fleets to Drive For, a designation recognizing the positive difference these companies make in the lives of their drivers.

“Obviously we’re very proud and grateful to have been recognized,” TLD president and COO Jim Peters said. “We consider this a great honor and obviously something we don’t take for granted. We know  there’s a lot of hard work that goes into building the culture of what we’re trying to achieve at TLD  and we’re very appreciative of the recognition. It helps spur us on trying to continue to improve the offerings at TLD so that we can remain in this circle.”

This year’s winners, drawn from a record number of nominees, had an average driver satisfaction rate over 91 percent and an annual driver turnover under 35 percent.

“The winners have set the bar high when it comes to keeping their professional truck drivers engaged while also providing a superior work environment,” TCA president John Lyboldt said in a news release announcing the winners. “This coveted contest reveals the tremendous efforts put forth by these driver-centric companies.”

TLD, based in Knoxville, Tenn., has become a fixture on the list by continually introducing initiatives to enhance its drivers’ experience. This year, it expanded its driver tribute program based on input from the drivers, awarding more than 30 cash awards for going above and beyond during the week between Christmas and New Year’s Day. It has enhanced some of its independent contractor offerings. It is considering offering service checks on their employees’ personal vehicles as part of the company’s maintenance practices.

“TLD continues to raise the bar with a range of exceptional programs that get more expansive every year,” said CarriersEdge CEO Jane Jazrawy. “And with driver satisfaction in excess of 90 percent their drivers clearly approve of the efforts.”

“Our top management folks have recognized we have to be creative and continue to come up with things that are going to make TLD a better place to work and I see the effort from our top management team in trying to do that,” Peters said.